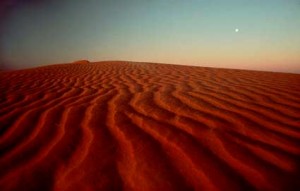 As the oldest, flattest, most arid continent on Earth, Australia has largely resisted the encroachment of humans. Even now, its people are largely confined to the coastal fringes, and their grip on its heartland is often tenuous. Any further deterioration of the global climate will slash Australia’s meagre carrying capacity more savagely than other continents. Meanwhile, as the looming shortages of fuel, electricity and food begin to bite, Australia’s population growth will grind to a halt and begin to decline.