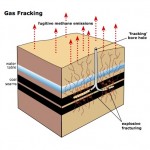 There is a sharply growing discord between the Global Temperature Index and the current level of solar radiation, a discord that only began some 3 decades ago and is unprecedented in 400 years of multi-disciplinary records. Atmospheric carbon dioxide has risen 36% during the past 150 years, but during that time the level of atmospheric methane has more than doubled. It is now at its highest level in 400,000 years. Although carbon dioxide is more abundant, it is now known that methane is at least 60 times more effective as a greenhouse gas when measured over a short period such as 20 years, and about 100 times more effective over 5–7 years. There is a tight correlation between temperature spikes and methane spikes for the past 600,000 years. This suggests that the most immediate threat to our survival on this overloaded planet is not carbon dioxide … it is methane.